Back to the Future

Dissertation's done
Moving on to something new
And no more haiku. 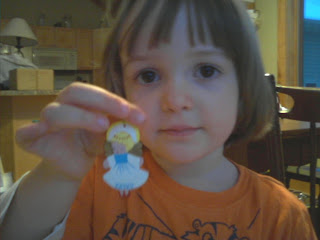 Before I even opened the box that contained our Christmas decorations today, the first memory I had was of a small wooden angel ornament. It's not an ornate ornament. And my reason for liking it has nothing to do with the holiday. This ornament has my name on it. I know, it doesn't seem like a big deal. (And as you can tell, Grace wasn't quite so impressed with it.) The thing is my name was spelled right on this tiny piece of wood.  And that was  -- and apparently still is -- a big deal to me. Here's why.
These days I go by Kate. I was born Katherine and was called Katey. As a grade school kiddo, I had a heck of a time finding anything with my name spelled right on it. Many other kids had folders and pencils displaying their names. One of those kids was my best friend Katie. Everything had her name on it, not mine. The spelling of "ie" was much, much more prevalent than "ey." (And mind you, back in the late-70s, early 80s it wasn't so easy to get things personalized like it is today. Heck, you can even have your dog's name embroidered on a pet bed.) 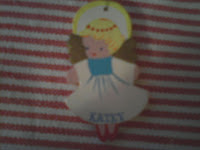 I rather liked being Katey with an "ey." It suited me and I was proud of it. And it was especially fun once I learned to write in cursive and could use the tail of my "y" to cross my "t." That said, I still longed for seeing my name on things. Oddly enough, when I started my newspaper journalism career in college, I decided to change the byline on my stories from Katey to Kate.  I finally had the chance to see my name -- Katey -- in print and I changed it. Sometimes I kinda want to go back to my Kateyhood.  Back to the day when I first saw my name in print, on an angel ornament. 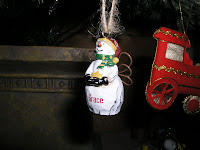 Turns out that Grace got her own angel ornament with her name on it this year, a snowman angel, but an angel nonetheless. I'm sure she loves seeing her name in print as much as I do. Or she will. Once she's old enough to read, that is.

Replaced by a new normal
Time keeps keeps on ticking. 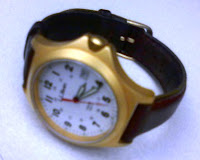 I put my dad's watch on my wrist the day he went into the hospital and have been wearing it ever since. Planning to give it back to him very soon.
Posted by Kate at 9:53 AM 1 comment:

Hair Haiku (Delay Due to Dissertation)

Had a slight delay
Hair is not cut nor colored
Needs to happen soon. 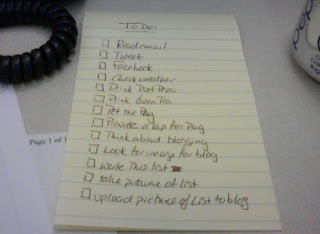 Seems like everyone has some version of a summer to-do list but since I have this one thing that needs to get done this summer, I thought it made sense to write a Post-Dissertation To-Do List. And here it is. The items are in no particular order, just the order they popped into my head.
Ah, focus. That's what's been shifting so much over the last five years. So much of what has happened in the last half decade was never on a to-do list, but I'm so glad it was done.

I got a shorter haircut relatively recently (you know, a cut where people ask "I thought you were going to grow your hair out?") and now I'm rethinking what I want to do with my hair. It's one length (bangs too) that is right at chin level. I haven't colored it in three years, so it's a medium brown, very straight.

Here are my options:
Keeping it as is, is not an option.

I tend to get stuck in ruts when it come to hairstyles and such (another blog topic entirely :  ), so I thought I'd toss this out here on the blog and Twitter (follow @kateered) to get a wider variety of perspectives.  This strategy was inspired by a co-worker and fellow blogger -- Molly at The Snyder 5 -- who sought feedback on formal dresswear.

Please vote for which cut and/or color look you like (A is the top photo and F is the bottom photo; I think you can figure out the rest). 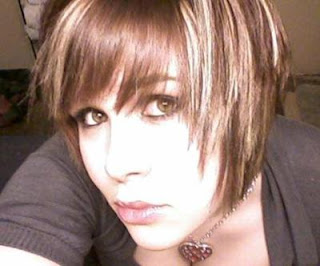 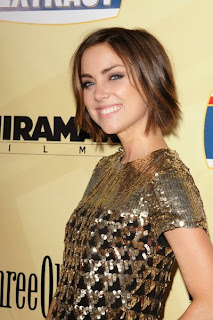 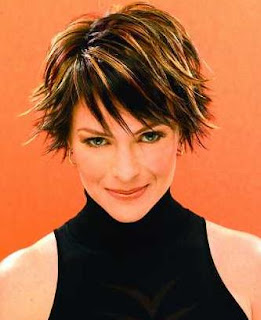 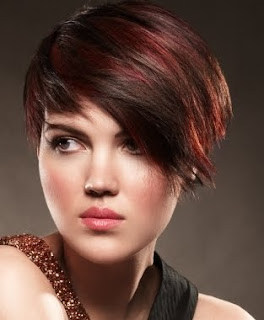 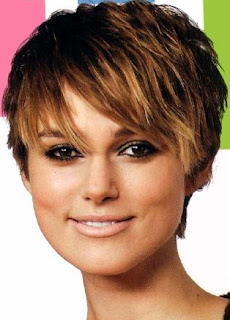 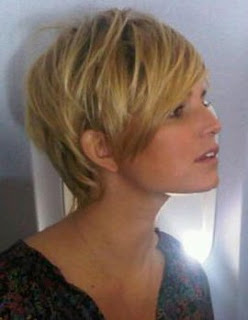 You can provide your feedback in these ways:
I thank you in advance for your insights and will keep posting about the incoming votes and final results. (Don't let the faces in the photographs bias you. Just because a cut and color makes Jessica Simpson or Keira Knightley look good, doesn't mean it'll do the same for me.)
Posted by Kate at 9:38 AM 7 comments:

Music to My Ears

Even though I haven't yet written about it here, music is very important to me. I can't sing, I can't play an instrument (but for a few -- very few -- chords on the guitar), but I love music. (I even created an South Park-themed avatar with headphones to illustrate my liking of music.)  So, I'm thinking there will be many blog posts on this topic to come.

But as a starter, I hit shuffle on my iPod and took note of the first 10 random songs that came up. Here they are with some commentary. I've also put the links to the albums these songs are on on iTunes in case you're interested. I like to be handy like that. (This was also inspired by fellow blogger Marketing Mama's recent plea to hook her up with some new music.) And no, no one is paying me to recommend them.  And since these aren't my top 10 favorite songs, so I am not really even recommending them. They are mentioned because they happened to come up in the mix.

You are now entering Kate's iPod:

1. Noella Rae: Brenda Weiler  -- Singer-songwriter from the Midwest who played the 400 Bar in Minneapolis a lot. I went to quite a few of her shows when I lived in the Twin Cities and she's awesome live. Love, love all of her albums. She has such a powerful voice and reminds me of the girl/woman I see myself as -- in my mind : )

2. Something In the Way: Best Coast -- This is a new girl band I just started to listen to. We'll I guess that would mean they're a new band to me, not new in general. Their sound is 60s garage rocky with the girl group sound. The "oldies" music I listened to while growing up definitely has influenced my present musical tastes.

3. The Right Place: Monsters of Folk -- This group is a great mix of some of the top musicians in -- the realm of music known as indie-rock. I'm not sure yet exactly what indie-rock means to me except that these guys rock the folk world.

4. New Shoes: Paolo Nutini -- Jay and I share iPod music and this was one of his purchases. This guy has a dancy cool sound. It's creative and soulful. You'll like it.

5. Idumea: Anonymous 4 -- This group of women sing inspirational a capella -- very soothing. Great for dissertation work. I usually can't study while listening to music with lyrics. Still, I get sick of listening to Mozart and since these voices are not singing in English, it's a very welcome break.

6. I'll Cover You: Original Broadway Cast of Rent -- This album reminds me of when Jay and I first started dating. He had seen Rent and really wanted to share the show with me. I listened to the music before I saw the show. Our relationship and that show will always be connected in my mind and heart.

7. When I Drink: The Avett Brothers -- This has been my obsession band for the past eight months or so. They've been around for a number of years but I just found them toward the end of last year. I heart them.

8. The Sweet Part of the City: The Hold Steady -- Neat. This is the concert my husband is at this very moment. He hearts them.

9. Paranoia in B Major: The Avett Brothers -- Love this song. Not surprising that a second song from this band showed up. They have by far the most songs on my ipod. I'll count them ... 56. Told you I was obsessed.

10. Winter's Come & Gone: Elizabeth Mitchell -- This is from the first kid's album I got for Gracie. It's still by far the one I like the most.The best song on this album is her version of Bob Marley's Three Little Birds. Much easier on the ears than Elmo's Song.

And we now I return to my dissertation soundtrack. Hello Mozart, my old friend.
Posted by Kate at 10:25 PM 2 comments: